2019 for The Greater Manchester Reviewer has been a story of 71 different shows across 24 different venues. Highlight of the year was undoubtedly the decision to immerse fully into the GM Fringe Festival in July, an action rewarded by exposure to the raw energy that gives rise to creative performance. As well as that, there have been some excellent touring productions and some impressive examples of new writing.

What do you do if your house is a bit of a tip with too many absinthe bottles lying around? Apparently, French pianist Erik Satie had no guests for 27 years – and then he went and died. That’s all possibly a bit much but it didn’t seem to hold him back as one of the world’s greatest composers – this short piece of contemplative “prodding around” takes the 2019 top spot for asking too many weird questions that you didn’t know needed asking.

Curious to watch; soothing to listen to; bewildering to contemplate – this show is just a tiny foray into an A-list conundrum of intrigue – but it’s enough, it’s plenty; thanks for lifting the lid: the answers are a bit strange so we’ll just put it back down and promise to always keep the house tidy – or maybe not??

Maybe it was the free drinks they were giving away? Or maybe the ~half-bottle of Old J that got necked before going in? Whatever it was, Sh!t Theatre’s “let me show you my island holiday photos” skit was a beautiful yet terrifying onslaught of performa-creative mania by two of the best in the business. Ultimately, The Sh!ts are a couple of mainstream-crossover softies really, but that preconception only served to enhance the drunken, seasick shivers that this performance induced – their “let me tell you a salty old sea tale” comedy-horror banditry was inadvertently a perfect theatrical manifestation of cinema’s greatest opening scene …

Sometimes it all just goes wrong, very seriously wrong: Bryony Kimmings’ hit the nail on the head with this artful rendition of the onset of frantic distress as life spirals hopelessly out of control.

Beautifully presented in an on-set fantasy world of haunted-house micro models, the New Bryony did indeed rise like a triumphant phoenix on stage – even as she told a terrifying tale of how the Old Bryony was once sinking like a stone. 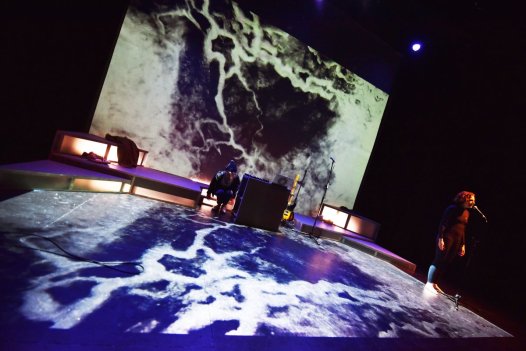 No one really wants to go for a bracing swim in an icy lake up in the Pennines. Do they? But this moody exploration of the why, when, how and what of it all puts forward a compelling case for (literally) taking the plunge. Adorned with elegant visuals and an exquisite original soundtrack, sometimes theatre really can take you to places that you never even knew you wanted to go. Or probably shouldn’t.

Timing was everything for this wonderfully moving piece of new writing: seen immediately after learning of the passing of Manchester theatre legend Quiet Man Dave, Stages is a tearful tale of grief and loss – made all the more potent by several of the production team’s deeply intimate connection to the themery portrayed. Performed as part of the 2019 Greater Manchester Fringe Festival, yet it came across in every way as a big-stage blockbuster.

Figs In Wigs & The Arden School of Theatre at The Manchester College Waterside Theatre, Manchester; 10/10/2019. 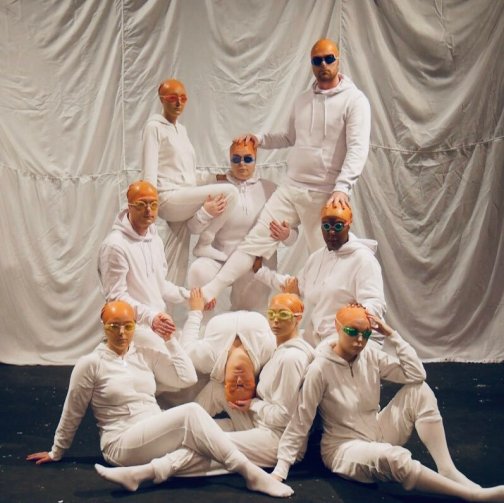 Brainwashed by the hypno-surrealist influences of the Figs In Wigs, the students of the Arden school took theatre and performance to a whole new level with this baffling exposition of scatty nonsense. There may have been some deeper meaning connected to horses and butterflies but for the most part it was just gratuitous unfathomability – cheaper and far more potent than any class A drugs available from the dealers roaming the streets outside.

Three determined men contemplate a small wooden box. For about an hour. That box never came to be understood, yet it was the star of the show, sat there, being all arrogant and mysterious while the lads did their best to rain-dance some kind of sense out of it. But there was no sense to be made of it, just a dizzying appreciation of how much it must have hurt those guys to spend an entire hour going off on one. Completely bonkers.

No one in UK theatre seems to do dark thrillers properly, they’re mostly just too scared about not being relevant or something. So it was a charming surprise to see the mainstream establishment get this one so right. Based on a true story of shocking horror, Equus managed to render something unpalatable as something alluringly appealing thanks to fabulous lighting and choreography.

A wholly unexpected rags to riches story: the precocious kid from Bolton who became a world beater. Delivered in the basement of Bolton Library whilst the Octagon undergoes refurbishment, it all looked a bit cramped for a story about cycling but in a funny way that just amplified the notion of escaping restrictive confines to achieve unimaginable greatness. Feel-good story of the year. 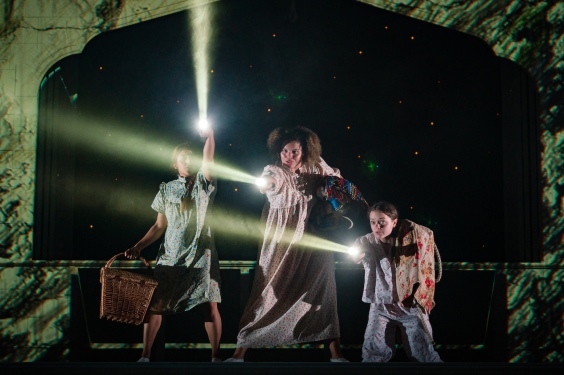 It’s a cheesy old Enid Blyton adaptation, but at the end of the day they said what they were going to do and when they turned up they absolutely nailed it. Only the second of ~200 shows reviewed in ~3 years to get a faultless 5 stars for getting it all just right.