The women: they come for the drink; but they stay for the love …

Pub landlord Bobby Braithwaite (Daryn Gates) is running a boozer in Didsbury, but being regional only gets you so far these days – Bobby has bigger plans, he’s lining up a big-money bid for a pub in Bethnal Green.

His early, brief monologues to the audience in A Swift Half reveal that this is a man who has, in many ways, made it – yet he wants more. He came to Manchester wanting to be a rock star, instead he’s having to make do with a pub – probably not too bad a second prize in the overall scheme of things. 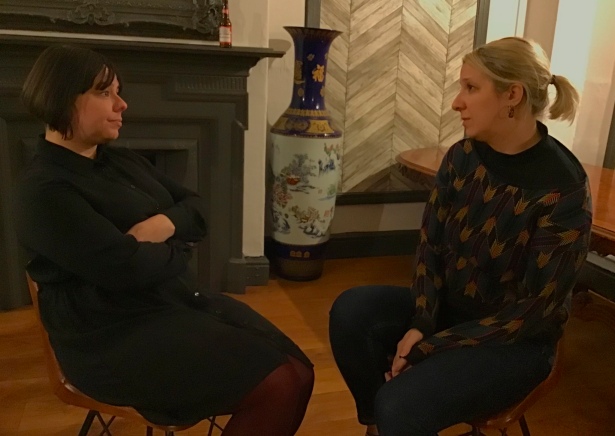 Bobby seems to have a deep and contemplative outlook on life, as a pub landlord he must have seen and heard all sorts in his time. His stoical weariness comes across in an almost fatherly manner in his interactions with the Quinn sisters – a pair of loyal regulars who are both needing much more than anything a glass or two of red wine can provide.

Maria (Julie Burrow) still hasn’t moved in with her boyfriend, they haven’t had the discussion about kids yet, how long should she wait, what if he’s not The One? Her sister Clara (Sarah Maher) is bouncing from one fruitless Bumble match to another, how long can that go on for?

A Swift Half is a gentle and amusing nose around other people’s private business – probably not far off what could be achieved by taking a seat for the night in certain pubs where the talk is cheap and the booze is cheaper.

The shows seems to centre around landlord Bobby to begin with, but by the end the narrative focus switches to the Quinn sisters thanks to a brilliant and unexpected plot twist. 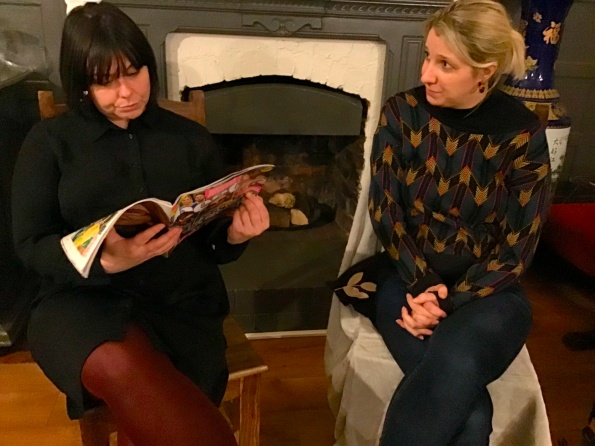 The performance is based around conventional, plot-based scenes but each of the characters also inserts their own, very personal monologues where they address the audience directly. This seems to work quite nicely, reinforcing the notion that a visit to the pub can be about deep moments to yourself, as much as it can be about interacting with others.

Bobby the landlord reckons that you should always make time for a swift half, he would say that of course, but we all know he’s right: it’ll give you a chance to get things off your chest, figure things out, just get away from it all.

And if you do decide to go for a swift half then you’ve definitely got time for A Swift Half – an amusing and entertaining foray into the private lives of those intriguing folk that you always politely smile at in the pub – definitely more entertaining than a night in.