Beryl Burton – a Yorkshire lass, born and raised in Leeds in the late 1930s: she was a wife at the age of 17, a mother by the age of 18; yet somehow, despite chronic health problems from an early age, this most unlikely of prospects went on to become one of the most successful and dominant female sports stars that the world has ever known.

Beryl by Maxine Peake tells the awe-inspiring story of how a chance meeting with a young man wearing strange cycling shoes sparked the genesis of a sporting legend who went on to win close to one hundred domestic and world titles in a successful racing career that endured for decades.

The cast of just four take on some twenty-odd roles between them. The resultant action is hectic, the pace is frantic – the show begins to feel like some sort of maniacal bike race which simply can’t be stopped. 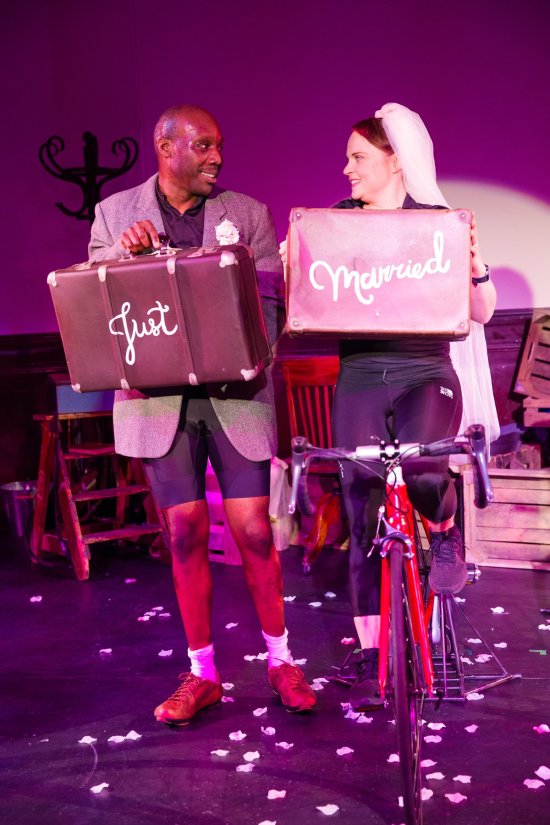 Something about the combination of writing / direction / acting generates a keen sense of inquisitive urgency, a desperate need to know what will happen next. There seems to be a positive feedback loop in operation, perhaps due to the cycling context – something akin to the recklessly eager childhood urge to cycle faster and faster just to see what happens.

The energy is not just on the stage, bike races are being played out in and around the audience, sound effects and shouts erupt from all around, real-world newspaper clippings are projected onto the wall – again the sense is one of discovery on some incredible bike ride, a sense of absorbing more and more of the incredible Beryl Burton story as it comes whizzing past at high speed.

Vicky Binns is commanding in the lead role, much of the success of the overall performance is down to her convincing assertiveness: as life throws obstacle after obstacle in her way, Binns’ Beryl simply shrugs it all off and stoically ploughs on. Hence it becomes clear fairly quickly that such a forceful character is indeed a viable and strong candidate for success.

The play presents Burton’s life story as a smoothly flowing chronology, with an accompanying narration that quickly and precisely places each scene in context. Arguably, some scenes could be classed as fillers, in particular there are multiple moments when the fourth wall is briefly broken – these are somewhat frustrating as they only seem to interrupt in the sense that they offer up nothing more than an unnecessary attempt to insert humour when there is already plenty available.

But this is a minor quibble. Ultimately, this is a warmly satisfying tale of triumph against the odds. It works brilliantly well because the underlying story of Beryl Burton’s life is nothing short of sensational. 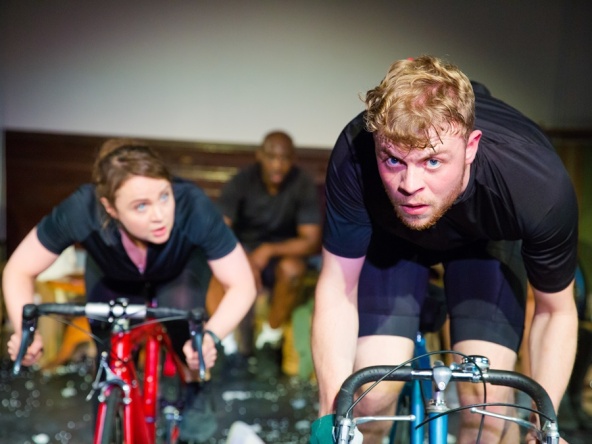 Beryl is the joyously pleasing tale of an unlikely triumph – a deftly engineered work of theatre that gets the heart pounding and the mind racing as we all will Beryl Burton to do whatever it takes to get to that finishing line.

The closing scenes are deeply moving – the end had been alluded to in the plot and eventually, like the rest of the show, it arrives at an alarming pace and is hence rather saddening. But a couple of deep breaths give time to reflect appropriately – this was always Beryl Burton’s story and we were all just along for the ride.

One thought on “Beryl”