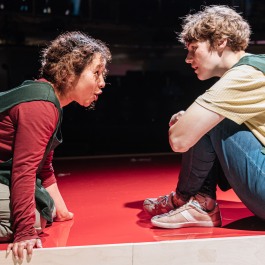 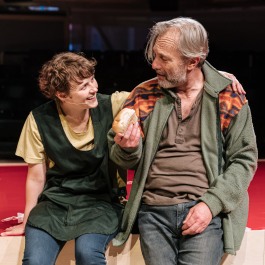 On August 16th, 2019, the city of Manchester will be marking the 200th anniversary of the Peterloo Massacre – a defining moment in British political history in which tens of thousands of civilian protestors seeking parliamentary reform were viciously attacked by their own armed forces.

There Is A Light That Never Goes Out picks up the story of simmering discontent and insurrection some seven years earlier, twelve miles away in the small town of Westhoughton at the foot of Winter Hill just outside Bolton.

Today, there is no doubt that the term Luddite is a disparaging insult – particularly apt for those who fail (or choose not) to keep pace with the rapid technological advancements of the modern age. But this intriguing production presents an alternative and compelling view – one that suggests that the original Luddites from two centuries ago may have been done a disservice by the historic definitions by which we refer to them today.

The opening scenes are a beautiful mixture of character development and historical teachings. The cast of six work hard, each playing multiple roles as they gently construct an intriguing background to help explain why and how ordinary employees turned so violently against the employers who fed and clothed them. 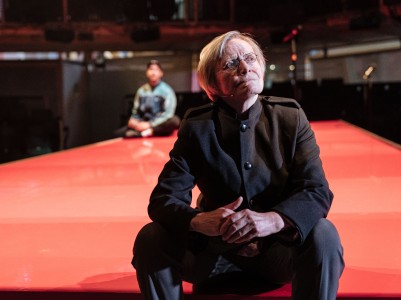 The array of characters is simple and likeable, they all lead truly ordinary, humble lives and are proud to work in return for a fair wage. But their world has changed from sustenance farming to industrialised textiling – therefore they have surrendered control of their own labour to a factory foreman. And it soon becomes clear that labour is not the only surrender: hope and control soon follow.

On stage there is drudgery and monotony, beautifully played out in one scene where a cleaner fights a losing and seemingly never-ending battle to sweep away a torrent of loose threads and rags, a torrent which just doesn’t stop. The simple cleaning task becomes Sisyphean and therefore tragic: it was already grim before the machines took over.

And when the machines did take over it was a double disaster: first came the inevitable engineering micro-refinements of gradual progress; but as soon as the first steam engines spluttered into life, the need for manual labour was gone forever. 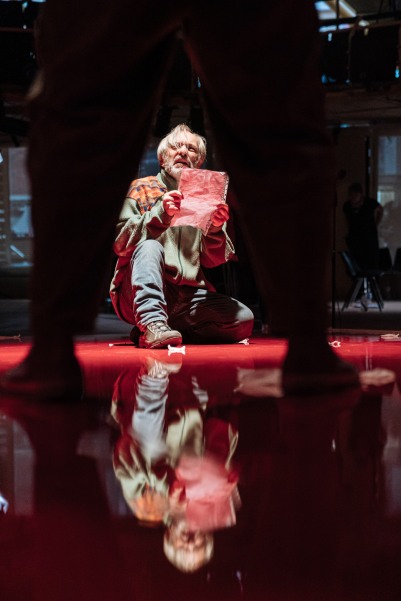 The portrayal of the workers’ unionisation and their ever-increasingly desperate battle to fend off total ruin is subtly done: there are solemn vows of silence and allegiance; oaths of secrecy; whispers of betrayal and bribery. Every scene begins to feel like a clue in some great mystery which is about to be solved.

A high-tension atmosphere emerges, something that persists throughout the performance, most particularly evident in the excellent musical accompaniment. The tension boils over with the introduction of a corrupt elite – specifically the hopeless king and his government, a governance structure with no mandate other than to preserve its own position.

There Is A Light That Never Goes Out is an intriguingly well crafted historical re-enactment: the characters are positioned perfectly at the front lines of a class war, both sides swaggering and posturing their way into the inevitable fight. 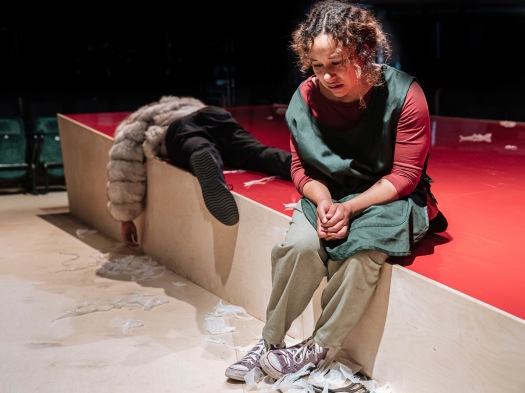 When it does eventually arrive the finale is ever so slightly disappointing, it seems to lack the emphatic power that was otherwise building up so well up till then. This may be partly down to the bizarre decision to serve up a “spoiler” some twenty-or-so minutes before the end of the show – a very unusual theatrical device which seemed to serve only to deprive an otherwise fine show of an excellent ending.

Despite this, There Is A Light That Never Goes Out provides an excellent and aptly-timed evening of persuasive entertainment – a show which punches straight through the popular perception (or should it be mis-perception) of those who stubbornly refuse to move with the times in order to reveal the underlying inhumanity of pushing intolerable injustices too far.