In July 1913, the peace and tranquility of polite British society was rocked by the astonishing exploits of a 40-year-old doctor’s wife from Preston –  a woman who detonated a pipe bomb in the Liverpool Corn Exchange before then going on to torch a bungalow in Bolton belonging to the eldest of the Lever Brothers just two days later.

Edith Rigby’s extraordinary acts of violence serve as the opening scenes of Woman On Fire – a gripping single-hand show created and performed by Claire Moore and the Certain Curtain Theatre Company.

Moore’s portrayal of Rigby is utterly compelling. This woman is incredibly smart; she is dressed in the finest and most elegant turn-of-the-20th-century ladies couture; she exudes a stoical self-confidence; but above all she is supremely eloquent.

She has plenty to say, and all of it is precise and cutting – testament to what is clearly an excellent piece of theatrical writing by Moore. When it comes to men and their condescending attitude to women’s rights, Rigby has all the best wittily placed patronisations for any occasion.

The very education that bestowed her eloquence is revealed to be part of her early political manifesto: why are working class women treated so badly compared to their middle class counterparts, she asks? 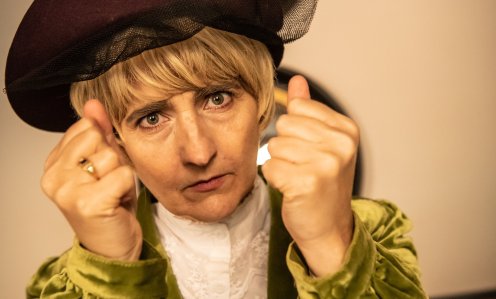 Moore takes the character of Edith Rigby on a storytelling journey that weaves through events on a chronologically presented timeline. The progress is gradual yet the substance grows ever more extreme and violent: starting from protestational acts such as defacing a statue through to the bombing and arson; even progressing to a shocking incident where she decides to take a pistol to parliament.

Plenty of local, North West references also appear: a visit to Mrs Pankhurst herself in Manchester; as well as to the notorious Strangeways prison. And the mention of Rivington Pike as the scene of the Lever Brothers arson immediately conjures up apocalyptic visions of a blazing fire raging against a blazing sunset on the brow of Winter Hill.

Moore plays Rigby as woman armed with an alarmingly stern look and a quintessentially stiff upper lip. There is a quiet and simmering fury, it’s not particularly present visually – which is surely how you would expect a stage character to exhibit such countenance – but it’s there in spirit and emotion, and it feels ready to boil over at any moment. 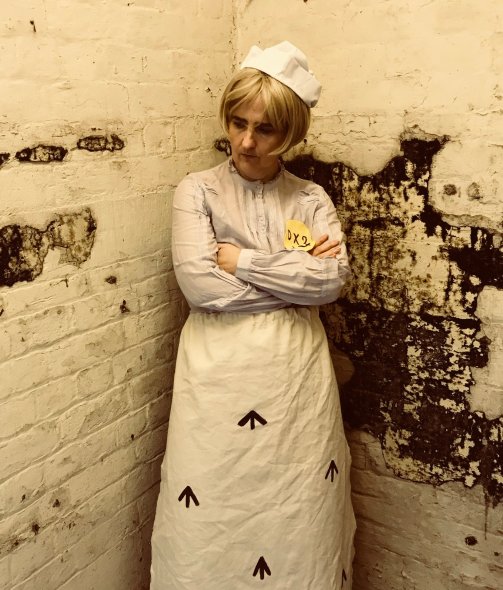 The story of Edith Rigby is the story of a secret network of rough-tongued militants, as the lady herself so affectionately puts it. This was the age when women decided to take the next step beyond shouting and screaming: Edith Rigby was leading the line.

Impressive as it is, some sections of the performance feel slightly superfluous, perhaps as if the writing has gone one or two stories too far; ironically, as impressively cutting as it is, the razor-sharp tongue of Edith Rigby perhaps generates a small sense of over-pacing, as in an over-revving engine maybe? But with a total running time of only seventy five minutes, the issue is a minor one.

Despite this, Woman On Fire is a fine and impressive example of a theatrical documentary which entertains at the same time that it educates. Claire Moore expertly takes us on a historical journey which allows Edith Rigby herself to bring to life a series of events that literally helped to shape a nation.

Starting with the shocking events of that summer in 1913, Edith Rigby goes on to recount all that happened up until her last days where, as she so wittily puts it, I may have become an old lady, but I became an old lady with a vote.