A child is born into a world of phenomena all equal in their power to enslave. It sniffs – it sucks – it strokes its eyes over the whole uncomfortable range. Suddenly one strikes. Why? Moments snap together like magnets, forging a chain of shackles. Why?

Seventeen-year-old Alan Strang is a deeply disturbed young man guilty of a horrific act of cruelty – in one night of deranged violence he viciously and deliberately blinds six horses in the stable where he works. It falls to unwilling child psychiatrist Dr. Martin Dysart to answer the question on everyone’s lips: why?

Equus tells a shocking and uncomfortable story which is said to be based upon a true crime which inspired author Peter Shaffer to write the original stage play in the 1970s.

The show’s character development seems to be the main source of theatrical excellence – galloping along perfectly in unison with the unfolding plot to create more than one possible viable explanation for the hideous crime. Yes, Alan Strang is portrayed as a young man who clearly looks and sounds as if he’s in the midst of a terrifying psychotic episode, but there’s always something to suggest that there is far more to his predicament than raw emotion dictates.

Tiny clues are revealed at a very slow pace, just enough to create perfectly viable twists and turns in this variation on the classic whodunnit saga – this is a slightly different kind of crime thriller: the question is not who did it but why did he do it?

Both parents immediately become strong suspects in the why’dhedoit investigation, Mrs Strang even seems to throw a mini tantrum in disgust at having the finger of blame pointed at her. But then new characters emerge – most notably the stable owner and the mysterious girlfriend – each adds an intriguing complexity which amazingly seems to soften the simmering anger being felt towards Alan Strang and his hideous crime.

Star of the show though seems to be Zubin Varla in the role of the struggling Dr. Dysart – faced with a young patient undergoing a severe mental health crisis, Dysart reveals himself to be undergoing some sort of professional crisis as he questions how he can ever truly help the young man even if he does ever get to the bottom of what caused him to behave in the way that he did. 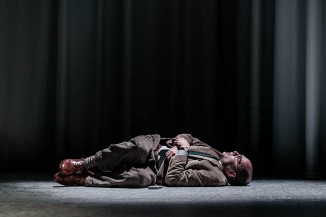 Equus Production Photos ©The Other Richard 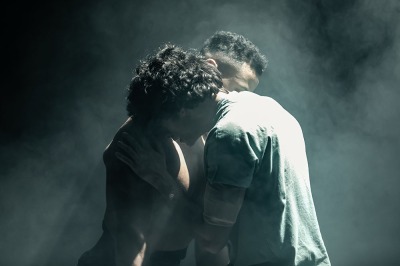 That underlying question of why’dhedoit permeates this performance from start to finish, the audience is constantly brought back to it and it even remains at the end, a kind of delicious dissatisfaction that a layer of complexity might still be hidden. The horror of the crime committed demands an urgent rationalisation of the facts but the extraction of meaning is a long and laborious process.

Equus is a masterpiece of dark, sinister theatre that sets the heart pounding and the mind racing as the quest to reveal why serves only to bring new terror to proceedings. The horror doesn’t just lie in the appalling act of violence itself – far more disturbing and unpalatable is the rationale and motive for why he did it in the first place.

Photography: The Other Richard

One thought on “Equus”