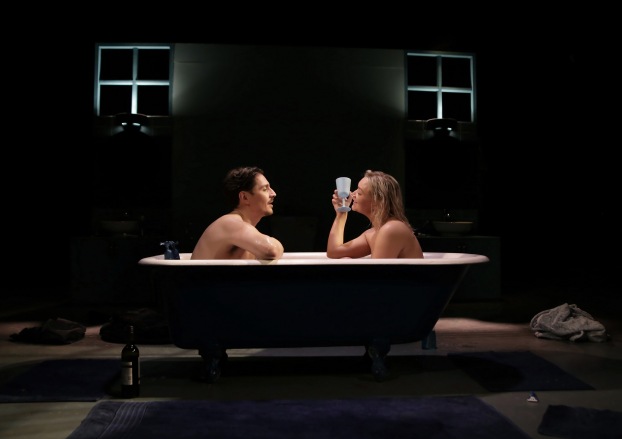 Marian (Hollie-Jay Bowes) and David (David Gregan-Jones) are one of those couples. So, they’re like totally comfortable using the toilet in front of each other, but being one of those couples it’s probably something that they’ll need to tell everyone else about. David seems most keen on the toilet talk, specifically about why his piss doesn’t smell of the asparagus that they both had for dinner last night.

To be fair, their bathroom does look quite impressive: a visually-pleasing jigsaw puzzle comprised of every shade of pastel blue that IKEA offers. And centre-stage is a large, free-standing bath where, being one of those couples, Marian and David choose to relax and unwind with a few glasses of £6-a-bottle red wine. 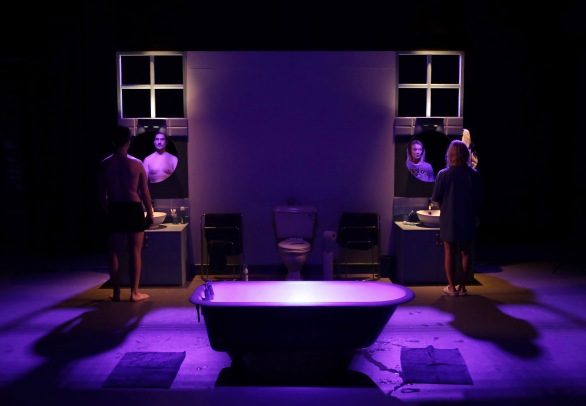 Two things stand out about this relationship: from the outset it’s clear that they’re both trying a little bit too hard; this eventually leads to a frustrating realisation that it’s not going to last and they’re both wasting their time.

It all seems to start off as idle bathroom banter, but the couple’s conversation contains multiple pointers to a long and seemingly painful history – little clues that suddenly appear, much like the bubbles occasionally popping in the frothy bath foam. 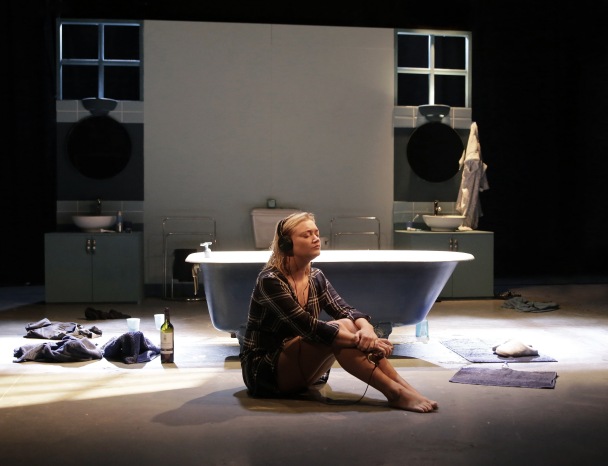 Though Mydidae only runs for an hour, the tension grows gently and imperceptibly as more is gradually revealed about each individual. What appears to to be the pitiful and sometimes pathetic bickering of one of those couples culminates in an extraordinary scene of brutality which, in an instant, immediately transforms this show – Mydidae goes from being a deep study of a failing relationship into something far darker and altogether more horrifying.

Writer Jack Thorne named the play after a species of giant fly – one that apparently mimics the stinging behaviours of other species despite not actually possessing the venomous weaponry required. As a stage performance, Mydidae is very much the real deal – a creepy, crawly fly-on-the-wall bathroom intrusion with a genuinely shocking sting in its tail.