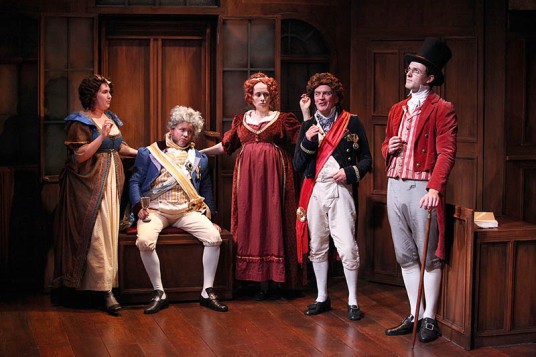 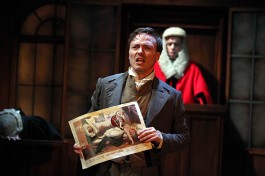 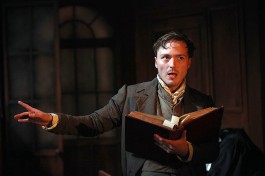 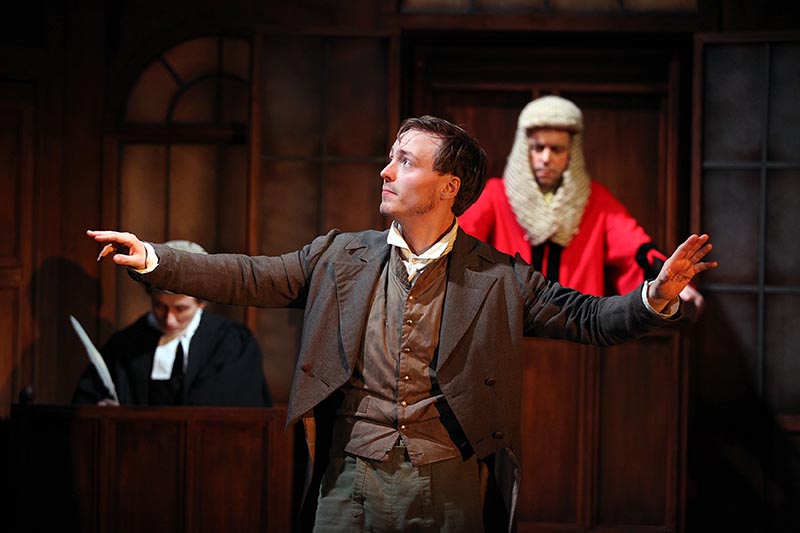 Hone was facing the prospect of ruin in the form of bankruptcy and a lengthy jail term. Furthermore, there was even the threat of forcible exile to Australia – a one-way ticket which, in those days, was nothing short of a death sentence.

Hone stood his ground though – representing himself in court he set about convincing the jury of his peers that he was guilty of nothing more than criticising the morally deficient manner in which both government and monarchy were conspiring to rule over the populace.

Hone’s success in tapping into simmering public discontent with the then ruling classes is today widely regarded as a pivotal and decisive early victory for press freedom, for free speech, and for the right of all citizens to hold their own government to account. 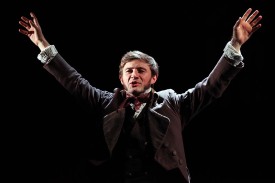 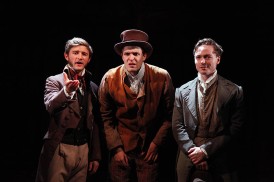 Trial By Laughter was originally written as a radio play by authors Ian Hislop and Nick Newman, before eventually being adapted to create a stage performance. The key facets and themes of the Hone saga all come across strikingly well, most notably the almost unbearable arrogance of the soon-to-be King George IV in his use of the civil judiciary as a personalised weapon to be deployed against anyone who dared to question him.

The portrayal of corruption is exquisite – despite the comically farcical nature of proceedings on stage there is an incredibly strong sense of anger generated by the pompous arrogance of the establishment – especially the manipulative manner in which attention is deflected away from corrupt governance by the insistence that Hone is an enemy of religion and that no decent Christian man should stand for such an attack. The parallels to equivalent modern-day insistences on allegiance as a proxy for unity – to flags, to nations, to the military – are perfect. 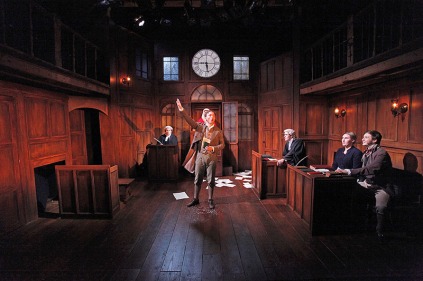 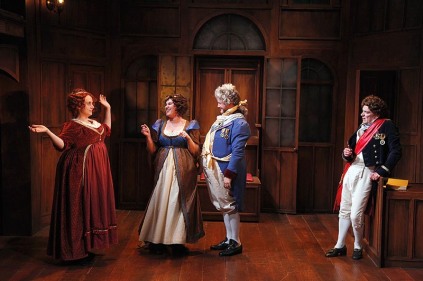 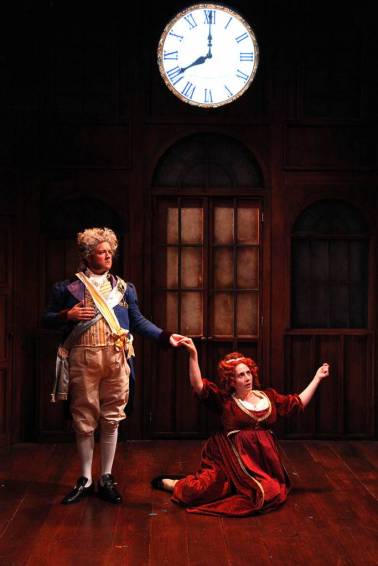 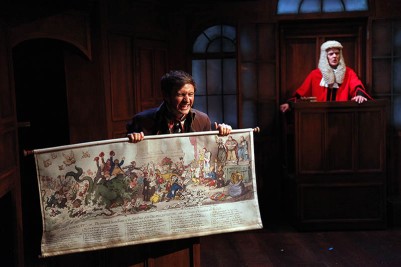 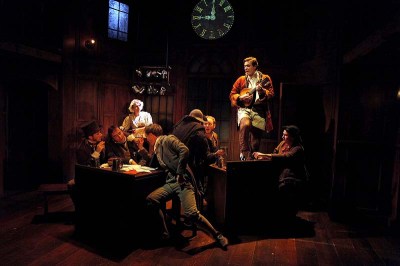 But as a stage performance there is something not quite right about Trial By Laughter. Perhaps there was an unfair expectation prior to the show that this would be a masterclass in satire and razor-sharp ridiculisation. With a name as famous as Hislop’s being prominently used as a selling point such a presumption was not necessarily that unreasonable – both Hislop and Newman have been delivering exactly that as their day job for decades now.

But Trial By Laughter just isn’t that funny. It certainly does have humorous moments and they are good but as a complete stage performance this seems to be left hanging between being an (excellent) historical documentary based on a genuinely fascinating true story and an attempt at comedy which doesn’t quite go far enough.

Or perhaps it’s not the right kind of humour? There seemed to be a little bit too much slapstick titillation and not enough acerbic wit. There was a good guy on stage and there were lots of bad guys; it doesn’t feel as if the good guy got to revel in the glory that he deserved.

Hence, at more than two hours in duration it feels slightly longer than it needed to be. The deviations from the underlying story line (most notably Hone’s multiple “flashbacks” during his trial scenes) become more pronounced and started pushing the experience towards one of tedium and lethargy.

But despite this, the strength and power of the story and the impressive depiction of fortitude against a seemingly formidable enemy serve to act as a decisive reprieve for this show. Trial By Laughter seems to be more trial than laughter but it still presents itself as a fascinating enactment of a story that, even two centuries after it occured, still feels so real today.