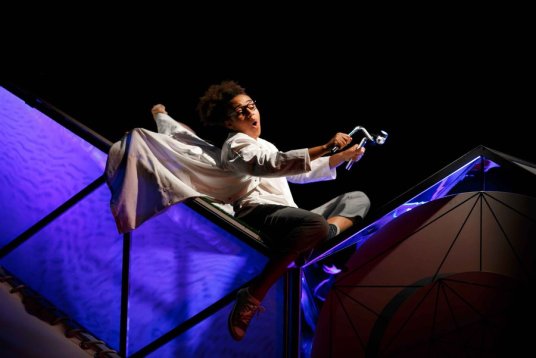 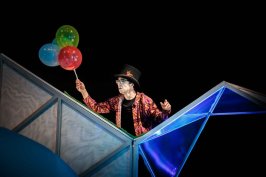 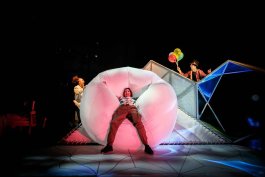 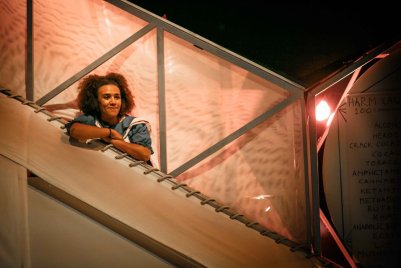 In 1938, crazy-mad scientist Albert Hofmann was trying to solve the puzzle of troublesome fungi that were destroying wheat crops when he accidentally snorted mushroom dust. He  famously ended up so tripped off his tits that it took him six hours to cycle home.

Hofmann’s accidental creation, LSD, is famed for its hallucinogenic properties; typical side effects include the ushering in of altered thoughts and distorted feelings. And that might be a fairly accurate summary of what theatre audiences will be left experiencing after watching Told By An Idiot’s production of All You Need Is LSD.

Apparently, in 2015, playwright Leo Butler was invited to take part in the world’s first LSD medical trials for five decades. Aside from what one presumes were useful scientific results, the trials led to a much more creative outcome in the form of All You Need Is LSD – a wild and unexpected theatrical trip; a trip not just in the form of the depicted tour around the characters and stories concerning the development of LSD, this is a theatrical-form trip that goes much further than that.

The show begins as a fast-paced historical re-enactment which tells the story of Hofmann’s discovery, it’s a hectic comedy crammed full of hilariously funny jokes, multiple side-sketches and plenty of witty observations. Form-wise, the fourth wall is broken regularly as the actors directly address the audience; and, in the case of Jack Hunter’s rather amusing stage entrance, they even emerge directly from within it.

But breaking the fourth wall of theatre seems to be nothing more than an introductory party trick: the fifth wall goes down when the characters (still in character) start criticising the way the play’s been written and, incredibly, the sixth wall goes down too when the playwright sends one of his creations into an infinite positive feedback loop that nearly tears a hole in the fabric of audience sensibility – the playwright speaks directly to the audience via one of his commandeered characters, like some sort of possessive demon, in order to whinge about the fact that he’s suffering from a particularly troublesome 2am episode of writer’s block in his rented flat in South London in Feb 2017.

That was probably the moment that a small sample of LSD should’ve been handed out. It took a lot of thinking about. 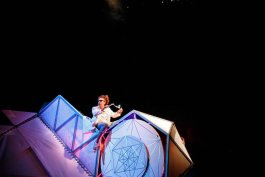 But it’s not all six-dimensional metatheatrical fun and games, in the second half the mood changes very dramatically with sorrowful scenes that show just how much drugs can mess you up. The problem is, though these scenes are well performed and cleverly drawn out to yield a lingering and heavy tension, they also serve to slightly warp and distort the overall theatre experience, which was going really well up to that point.

The change in emotion feels almost cruel, as if some fun and interesting theatre about a fun and interesting subject is being delivered, which is great; but now here’s some sobering realism that lingers for a little too long and which ruins the flow of the amusement we’ve all been experiencing. Multiple references were made during the performance to the fact that LSD seems to produce the euphoric opposite to a conventional drug-induced comedown, yet the theatrical experience seems to be one of a pleasing, mind-bending high followed by a much more sober and suppressive low.

All You Need is LSD is a frantic and bewildering journey through the history of LSD and the more general issue of drugs in society. Aside from the over-complexity of the plot and architecture, it is a brilliantly well produced show in terms of look and sound, with outstanding performances by all four cast members. This is a truly mind-bending hit of drug-induced theatrical distortion, expect to see it soon being dished out by dodgy performance dealers in some backstreet studio space near you.