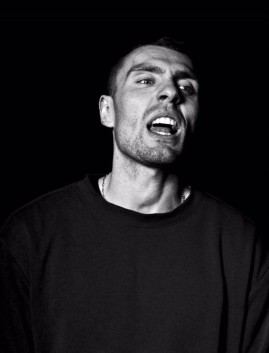 Billy and Neil are two of modern life’s forgotten men – years of being lied to, abandoned and betrayed have now left them feeling hopelessly lost, with no chance of ever being found. Deciding that it’s better to burn out than fade away they agree to take action in the most shocking way: on an ordinary Friday night in suburbia they’re going to launch a full-blown terrorist attack on their local Tesco supermarket.

With a title inspired by Kurt Cobain’s suicide note to his imaginary childhood friend, Letter to Boddah is an unsettling and very, very dark comedy that explores how two seemingly ordinary people can be pushed to shocking extremes without even realising it.

It may sound a little unhinged but the specific grievances against Tesco as laid out by Billy are actually pretty rational: their constant bullshit about how Every Little Helps; making you collect Clubcard Points for rewards that will never come; deciding it’s ok to deliver grapes when you actually ordered something completely different. And then there’s Tobacco Bitch behind the counter, who clearly thinks you’re sub-human scum just because she has the uniform on. Neil manages to balance the hatred out slightly by wisely pointing out that, though they deserve everything that’s coming to them, they can’t be that bad if they’re selling “five fucking doughnuts for 65p.”

On stage the action is cleverly confined to a claustrophobic enclosure representing the disabled toilets where Billy and Neil are preparing their murderous act. The opening scenes are quite disturbing as both characters hurriedly adorn themselves in military camouflage and begin a ten-minute countdown where they aggressively re-affirm their mutual commitment to the “cause”.

The injected elements of comedy stand out strongly and are probably heavily accentuated and hyper-emphasised by the incredibly sinister plot that is unfurling in the background. Throughout the show there is a constant uncertainty about whether this is a tongue-in-cheek comedy or whether it’s actually a full-blown piece of theatrical horror.

And that’s where Letter To Boddah as a piece of performance theatre manages to achieve the seemingly impossible. Somehow, this play manages to viably explain away the deranged irrationality of mass-murdering hatred towards Britain’s largest supermarket chain by gently unpicking how each character came to find himself in his extreme mental state.

The uncomfortable nature of the storyline is almost certainly going to mean that some audiences will probably find this show quite distasteful, or even outright offensive. But the other side of the argument is that this is theatre world doing what theatre world should do more of – pushing and challenging itself and taking audiences with it.

At times Letter To Boddah is a difficult and uncomfortable thing to watch. But thanks to a combination of carefully constructed writing and two excellent acting performances it actually comes across very well as a genuinely innovative and entertaining show that will keep you squirming restlessly till the very end.