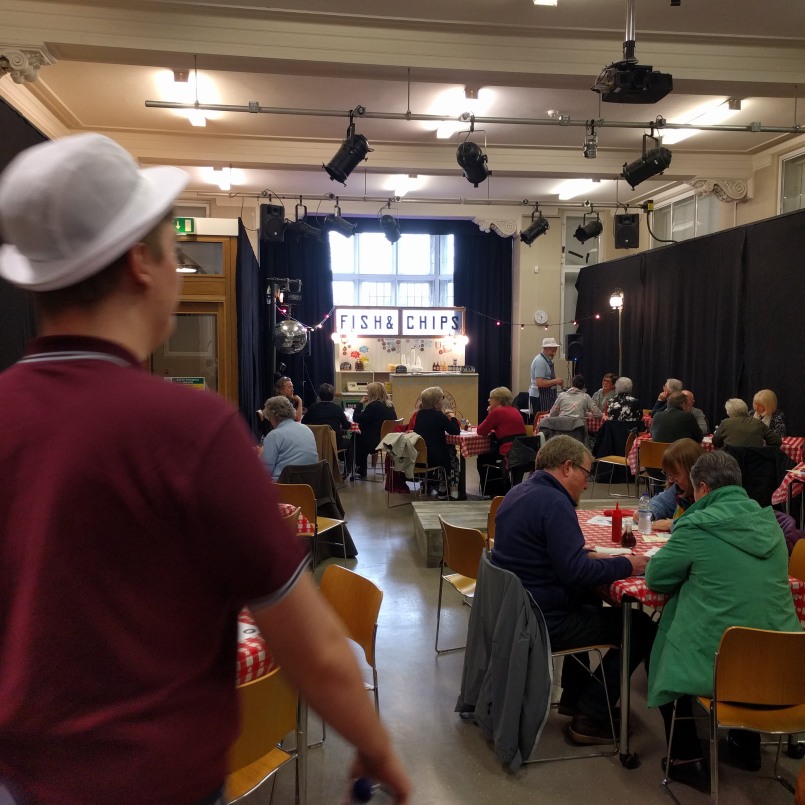 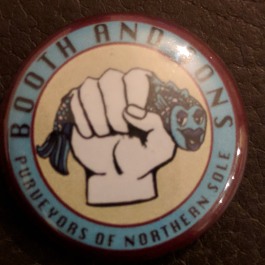 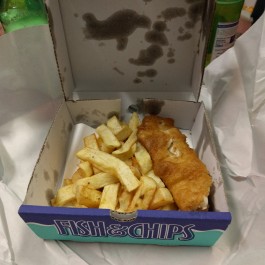 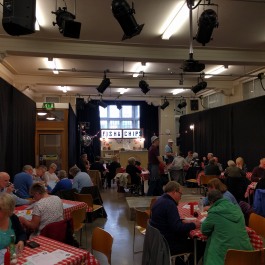 After a brief absence the grand re-opening is here: Booth & Sons is back in business – with a new batter recipe and a chilli jam that will make your eyes water. Welcome to the funky fishcotheque, this is the plaice to be; Booth & Sons are the new cod on the block, purveyors of fine northern sole.

Chip Shop Chips gets off to a flyer: every audience member is given a portion of fish and chips to devour as the show begins. Host for the evening is Eric Booth – he says he’s returned home after forty years away and wants to make a fresh start with his family chippy. Eric welcomes the audience into his restaurant and immediately makes them part of the show: the Fishy Facts round of the quiz begins and everyone is suddenly preoccupied with general knowledge guesses about fish, potatoes, and oil.

Most of Chip Shop Chips seems to run in the style of a pub quiz: constant audience chatter interrupted by sudden moments of silent concentration and hopeless pondering over facts that you couldn’t hope to even guess, let alone know.

But running alongside the quiz is a full theatrical show. One of Eric’s customers happens to be an old flame, the couple are meeting for the first time in decades and old memories are stirred, both realise that a lifetime has passed for both of them yet some things haven’t changed.

Chip Shop Chips meanders between two different performances: one is a play with a clear story line that demands attention and silence and the other is a far more participative form of stand-up comedy show led by Eric as host. But it works really well, neither aspect of the performance is allowed to linger too long and the net result is something that feels really quite unique.

Chip Shop Chips is an innovative and refreshing change from formal theatre and the struggle for artistic excellence. With a relaxed atmosphere and plenty of audience participation, this is an amusing night of light entertainment that is every bit as comforting and satisfying as a portion of proper chip-shop chips when you fancy a bit of a treat.