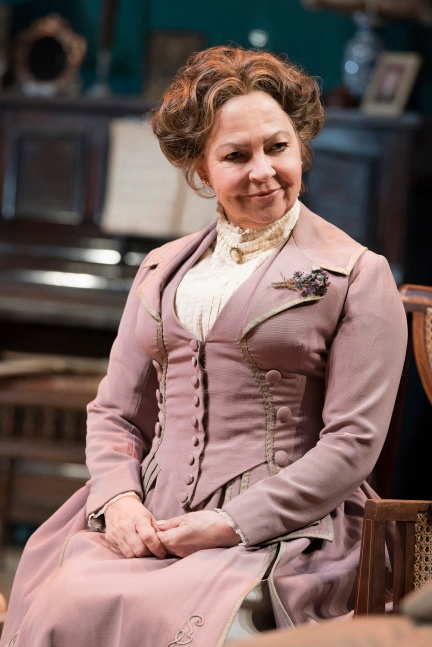 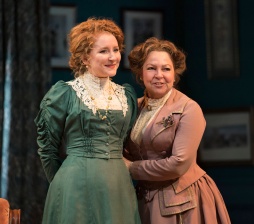 A 14 year old boy and a stolen postal order for 5 shillings – on the face of it, a seemingly trivial and insignificant matter of juvenile misdemeanour. Yet the response to this otherwise minor crime shook the solid foundations of a nation with governance structures so deeply rooted in notions of class and society.

Based on a true story which scandalised Britain in the early 20th century, The Winslow Boy tells the tale of a young navy cadet who stands accused of a theft which he says he didn’t commit.

Having effectively been expelled in disgrace from the military school into which he was enrolled, young Ronnie Winslow sneaks back into his family home, terrified of his domineering father’s reaction to the disastrous news. But once Ronnie makes a solemn and earnest vow attesting to his innocence, the family resolve to restore his honour and subsequently embark upon a lengthy and arduous legal campaign to clear the youngster’s name – a campaign with far-reaching consequences beyond anything they could have imagined.

Originally written in 1946, The Winslow Boy is a deep and elaborate examination of the rigidity of Britain’s class structure. Much is made of the concept of absolute government, the injustice of trial and conviction without representation, and the generally pervasive attitude of entitlement that led officials working within government departments to see themselves as being above the law. But class issues also presented themselves much closer to home, with the Winslow family having to reconsider the position of their own parlour maid of two decades in an attempt to fund the ongoing legal proceedings.

Star of the show is Timothy Watson in the role of Sir Robert Morton – a very stern and severe legal professional revered as the most sought after barrister in England, as well as a talented opposition Member of Parliament. Morton is portrayed as the classic English gentleman: impeccably dressed with a stiff upper lip and an iron resolve to see that justice is done – in many ways he embodies the very establishment that the Winslow family are seeking to challenge, yet now they must put their trust in him to ensure that true justice is done.

As a stage production this is as neatly constructed and presented as some of the ornately dressed characters being portrayed on stage. This is a play which seems to smoothly transform in genre as the plot develops: the opening scenes are jovial and full of witty quips, but the tension seems to grow throughout the performance as the Winslow family begin to make ever greater personal and collective sacrifices in order to maintain their fight for justice.

Stereotypes of a long bygone age emerge at regular points throughout the show, most particularly with male characters seeming to constantly question and ponder over the suffrage movement, and even a bizarre scene where a female reporter seems more interested in curtains than in reporting Ronnie Winslow’s situation. But such scenes are handled cleverly, with firm and eloquent responses given, none more emphatically so than Catherine Winslow’s response to be being asked by Sir Robert Morton whether or not he’ll be seeing her in the public viewing gallery at the House of Commons: “No Sir, you shall be seeing me across the floor,” she replies.

Visually, The Winslow Boy looks like a nostalgia-hugging period drama, and it certainly starts that way. But as the complexities of the case and the politics surrounding it begin to unfold this turns into something much more like a crime thriller. The Winslow Boy is an elegantly written play that offers a very satisfying storytelling experience, delivered in the form of a surprisingly compelling and alluring entertainment spectacle.