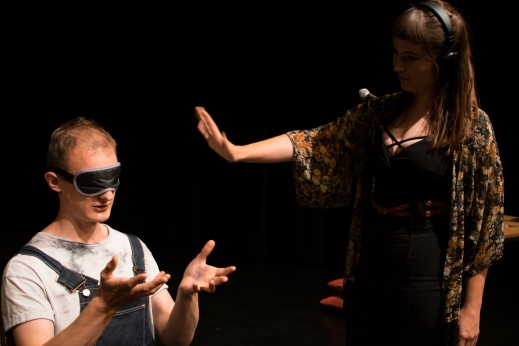 Craigslist is the world’s leading classified advertisements website where you can buy and sell just about any service that you can think of. It also happens to be notorious for being the go-to medium for allowing like-minded individuals to offer each other any kind of sexual experience that a human could possibly desire.

5 Encounters on a Site Called Craigslist is a performance that pretty much explains itself. Though it is a one-man show hosted by the very friendly and charismatic Sam, it relies on plenty of audience participation in order to bring the five stories to life.

The recollections that Sam shares over the hour-long duration of this performance provide something quite new and unusual, something that isn’t often revealed openly and freely in public – namely one individual sharing the details of their very specific sexual preferences and the efforts they’ll go to in order to satisfy them.

The result is a show which is comical on the surface but which also becomes ever more sinister and unsettling the longer it goes on. At first, Sam comes across as a bold and extroverted individual who simply goes out to get the sex he wants in the way he wants it. But it’s not all fun and games, not all of Sam’s experiences are positive.

5 Encounters on a Site Called Craigslist is a form of group therapy, a deep-thinking session where the enigmatic presenter openly confesses all of his secrets and, in doing so, gets the audience to nervously delve deep into their own histories to dredge up the good, the bad, and everything else in between. This might potentially be an uncomfortable experience for some, but it is theatre, and good theatre at that, achieving that rare feat of leaving lots of strange, unanswered questions in your head and only one certainty: that this wasn’t the kind of experience you were expecting to walk away from the theatre with.